I don’t know if you saw the famous Leonardo DiCaprio film, but I found Inception to be a brilliant film and now that I’ve mentioned it I think I’ll make the time to watch it once more. What I’m about to share with you here is what looks pretty much like an apple inception, because to some extent this is what the apple lattice pie baked in an apple is all about. To say that apples are the cornerstone of this homemade dessert would be an understatement, as you are basically baking an apple pie inside an apple and scatter some cinnamon on the top.

Even those who are not usually baking pie and prefer to purchase the product from a convenience store will find this recipe amusing and worth trying. The good news is that you can’t really go wrong with it because it is so simple that committing mistakes is out of the question. Once the top of the apple is cut off and its inside is scooped, the hole is filled up with apple pie and strips of dough are added on top. The next step is to bake the pie for less than half an hour to turn the crust golden. 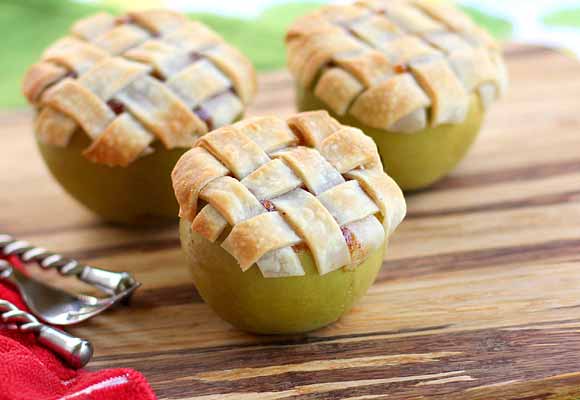