You might be wondering what’s wrong with me suggesting to treat the little pests with something sweet, knowing how annoying they tend to get. It is all fun and games to see them outdoors building their cities underground, but when they decide to erect a fortress in your own home, smile vanishes in thin air. For those of you who have been struggling with ants for years, it might seem like the war is virtually impossible to win, but I urge you not to give up.

Instead of despairing, you should turn creative because in the war against ants conventional and chemical weapons are allowed. I wouldn’t recommend the latter, just because kids and pets are also sensitive to these harmful chemicals and I am always reluctant to bring these substances inside the house. A better way of getting rid of the ants is by luring them into a deadly trap, by using some of the things that they love most. 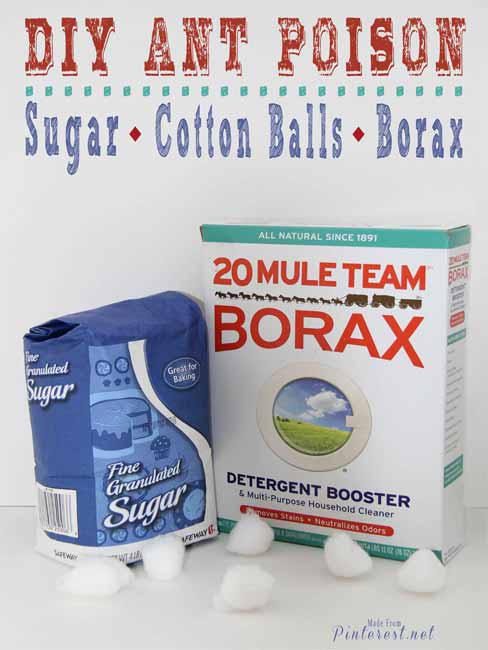 Ants are suckers for sweets and they absolutely love sugar, so why not serve them a side dish with borax, all on a silver platter. Naturally, I don’t suggest using platters but tiny cotton balls that can be strategically placed anywhere the ants tend to roam.

They will not resist temptation and take the sweet poison back to their colony for the entire ant population to feast on it. This sweet meal is most likely to be the last for them, but then again, a war is a war and the only thing that matters is who emerges victorious.