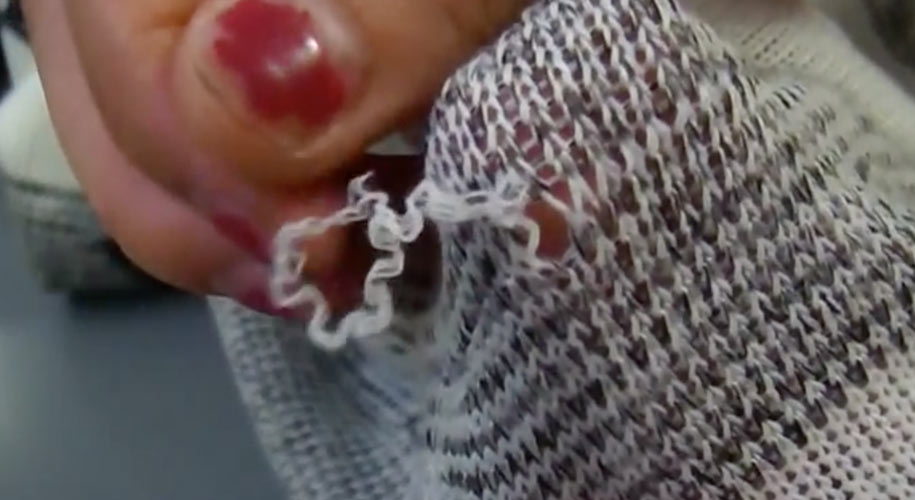 I remember once when I was little, I was spending the night with my grandmother and snagged my sweater. I actually hid it from her at first by holding my arm across the snag until she asked if I had a stomach ache and I knew that meant burnt toast or carrot and mint juice, but usually both. I hated that, so I fessed up and told her I snagged the new sweater she bought me. She told me it wasn’t a problem and to change into pajamas, since it was getting late and she’d fix it.

We watched television together while she worked and by the end of the program, she held up the sweater and it looked like new. When I asked her how she did that, she said she had magic hands. I never did learn her technique, but did find out how to make the repair in this video. It was a walk down memory lane for me, but gave me the information I needed to salvage a knit scarf and probably future sweaters.