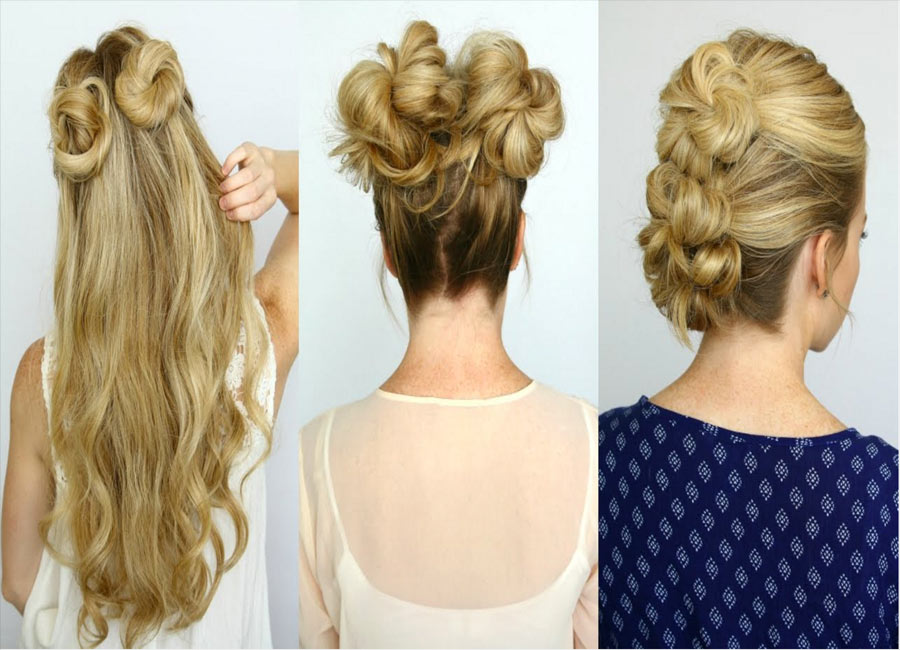 The double bun trend came back with a bang recently. Once an iconic ’90s trend, worn by the likes of Gwen Stefani and Björk, the celeb-sphere has gone mad for the double buns trend. In the past couple of years, the biggest double bun wearer on the block award would likely go to Miley Cyrus, as she’s sported an array of space buns that would make ’90s kids proud.

Katy Perry is also an avid space bun supporter; she’s rocked a variety of space buns while occasionally experimenting with color and FKA Twigs is known for her braided buns.

Celebs who are also not satisfied with a singular bun are Vanessa Hudgens who wore loose double buns and Demi Lovato who wasn’t content with just two buns, so she wore three mini buns to the iHeart Radio Festival. There are enough buns around to open up a bakery!

It appeared that the double bun trend was slowly dying out, but in fact, it was just lying dormant. Coachella 2016 has seen the rise of double buns yet again. Most notably, Kendall Jenner’s double buns have taken the fashion world by storm, with Katy Perry’s cute pink buns not far behind.

We can only hope that Harry Styles will be the next celeb to rock double man buns for real this time.